ABOUT THE NOT TESTED ON ANIMALS COCKTAIL

Originally created by Tyler Mitchell, the general manager and beverage guru at Washington, D.C.’s Chloe, for a guest requesting a zero-proof pairing for one of the restaurant’s signature dishes, cobia crudo, this drink proved to be so popular they’ve reworked it with Mahón gin as a secret off-menu option for those in the know. “I really appreciate the texture of aloe, so I prefer to leave the cocktail unstrained,” he says. When you’re working with aloe, be sure to taste it first before adding sweetener to the drink, as every brand has different sweetness levels, he cautions.

This recipe originally appeared as part of “Aloe Water Is the New Coconut Water. Use It in These Soothing Drinks.” 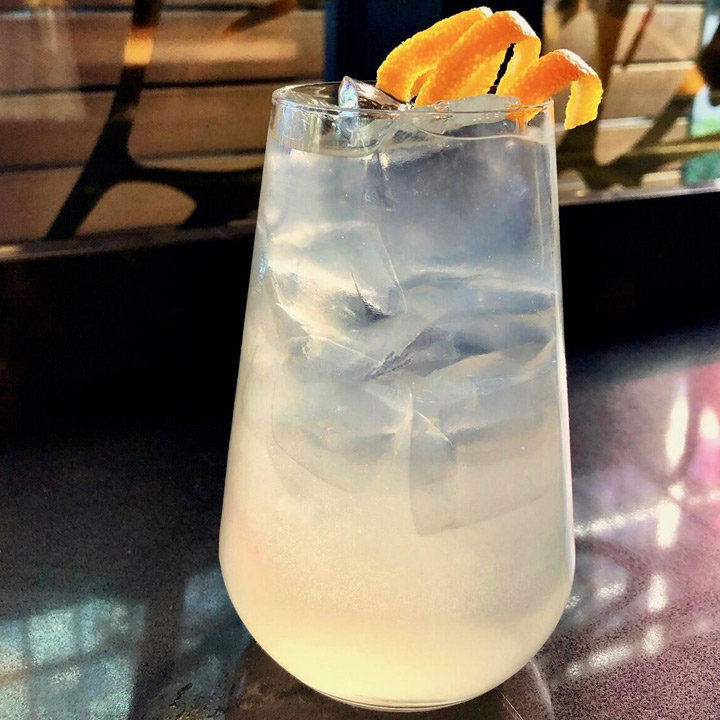 INGREDIENTS IN THE NOT TESTED ON ANIMALS COCKTAIL

HOW TO MAKE THE NOT TESTED ON ANIMALS COCKTAIL

Add all ingredients except the ginger beer into a shaker with ice and shake until well-chilled.

Pour into a highball glass over fresh ice.

Top with the ginger beer and stir gently.

Garnish with an orange twist.

*Tarragon syrup: Add 1 cup sugar and 1 cup water into a saucepan. Bring to a boil, reduce heat, and simmer until sugar is dissolved. Remove from the heat, add 12 tarragon leaves, and let steep for 20 minutes or until desired flavor is reached. Store in refrigerator up to 2 weeks.

Search the full MLS and Exclusive Property Listings.
(Prices and inventory current as of September 17, 2021)