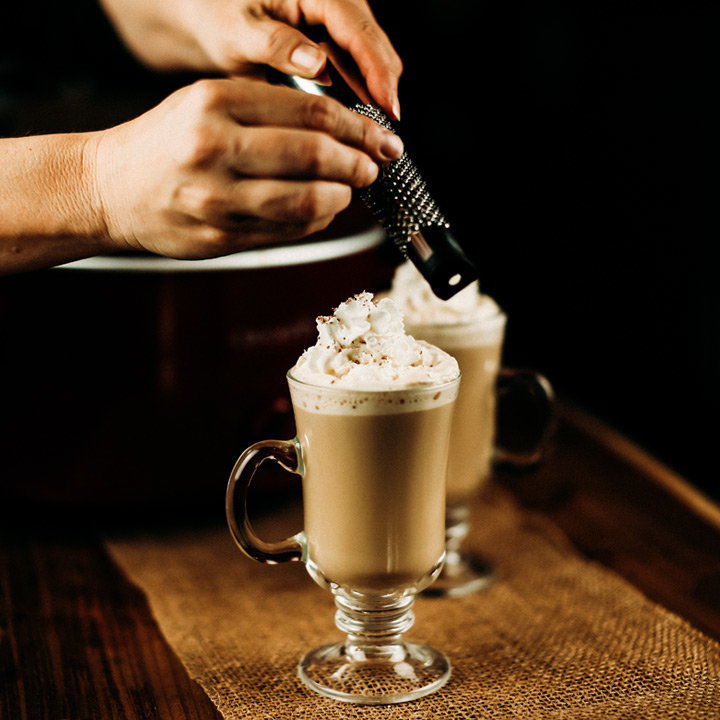 ABOUT THE PUMPKIN SPICED LATTE COCKTAIL

No matter how much we fight it, as the weather turns cooler, imbibers turn to pumpkin spiced lattes. But instead of heading to the coffee shop for an overly sweet version, use the slow-cooker recipe by bartender Norma Beekman of Lexington, Ky.’s Lockbox at 21c Museum Hotel Lexington, and make your own at home. Since the drink stays hot in the pot, you can serve it morning, noon and night. And for the boozy kick, you can spike it with a variety of spirits, such as dark rum, bourbon or Frangelico—the darker the better.

HOW TO MAKE THE PUMPKIN SPICED LATTE COCKTAIL

Whip the remaining .5 cup of cream until thick.

Serve the slow-cooker mixture in a mug, top with some of the whipped cream, and garnish with grated cinnamon or nutmeg.

Search the full MLS and Exclusive Property Listings.
(Prices and inventory current as of March 8, 2021)