ABOUT THE REVENANT COCKTAIL

John Filkins, the beverage director at Officina and Masseria in Washington, D.C., wanted to do a richer version of a Boulevardier, including adding a whiff of smoke. He boils Fee Brothers. Aztec chocolate bitters and cardamom bitters, taking advantage of the fact that since they’re both glycerin-based they smoke but don’t burn the way those made from alcohol would. A snifter is filled with smoke and covered with a coaster, and the drink is then poured tableside from a carafe.

“Chinato is a great replacement for vermouth and adds an herbal complexity, [while] dry curaçao helps to lift it,” says Filkins. “The smoke adds a wow factor when it goes to the table, and chocolate and cardamom bring aromatic complexity and warm baking spices.”

This recipe originally appeared as part of “4 Smart Ways to Smoke Your Bourbon Cocktails.” 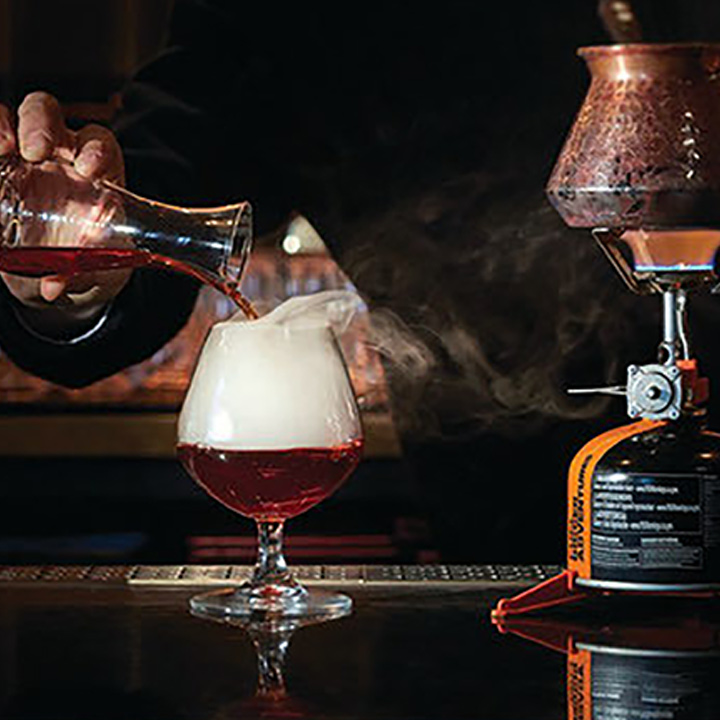 INGREDIENTS IN THE REVENANT COCKTAIL

HOW TO MAKE THE REVENANT COCKTAIL

Heat an empty Turkish coffeepot. When it begins to steam, add both bitters.

When it begins to smoke, fill a chilled snifter with the smoke and cover with a coaster.

Add remaining ingredients and ice into a mixing glass and stir until well-chilled.

Remove coaster from prepared glass and strain drink into it.